A post was merged into an existing topic: Problems recognising a temp sensor on emonPi

So what sort of maximum cable length are you guys finding you can get to? I guess it depends a lot on the topology along the way, but maybe with just one sensor say?

I can’t say I’ve ever really pushed the distance very far. I did make up some sub-assemblies with 8 or 10 ds18b20’s across an approximate winding 10mtr cable span and left them soak testing for a month with 20mtr tails (coiled up), I have no idea what the finished length was once they installed them.

There’s an app note for that:
https://www.maximintegrated.com/en/app-notes/index.mvp/id/148

I have never tried to push the distance. 3 meters is about as far as I have tried.

Do you need a level converter on the data pin in that case? What strength pull-up do you use with 5V?

Do you need a level converter on the data pin in that case?

Theoretically I guess so, but no, I don’t use any level matching.

What strength pull-up do you use with 5V?

The usual 4K7 or sometimes a 5K0 depending what I have to hand.

This isn’t that uncommon to OEM kit, it’s just not widely known to be the case.

It all started with the emonTx V2 pcb v2.2 (Changlog) and a minor fault on the PCB, if you look at the schematic there is SJ2 solder bridge pads to allow the user to select a 3V3 or 5V supply, but the board was made with a permanent link to 5V (see picture below, the left and centre pads linked in red) so unless that track was broken, all emonTx v2 temp sensors were 5V powered but the MCU was 3V3.

This was my first encounters with using ds18b20’s so when I started using them else where I just stuck with what I knew worked, perhaps because of my background of working with automotive 12VDC electrics for many years and rarely, if ever, did you get the expected voltage at the other end of a cable, voltage drops were unavoidable and now working 3-5V, I came to believe this might be the reason so many people report issues with ds18b20’s whilst I had not experienced any issues at all. That and the fact I make sure every connection is 110%, again from the automotive background, 99% of all vehicle electrical faults basically end up being a problem with 1 of 3 things, connections, connections or connections.

I’ve never done the theoretical maths or taken any exact measurements as I haven’t really needed to do any debugging of ds18b20 circuits, but I’d come to the conclusion that by giving it 5V it probably ends up performing nearer to 3V3 levels than 5V levels once it’s travelled several metres and passed through a few connectors too, but your question about pulling up to 3V3 rather than 5V now raises some doubt as at rest the pullup to 5v must result in a >3V3 level? But there are no reports of damaged MCU’s (that I’m aware of) and I certainly haven’t had any issues. (so cheers for that @dBC ignorance was bliss for a while

Especially the corroded ones!

and a minor fault on the PCB,

Maybe it was retrospectively deliberate (accidentally done on purpose)

On the latest version of the emonTx PCB, two solder jumpers have been added near the IRQ I/O and temperature (DS18B20) ports. They enable the user to decide what voltage to use on these ports. The emonTx runs at 3.3V. More details can be found in this blog post. Connection is made by joining the middle pad the either of the outer pads with solder.

If you look carefully, the solder jumper above the temperature port is connected to 5V (small PCB trace). This was an error, but actually work out well. The temperature sensors always use 5v (which is good) and when the emonTx is powered by 2 x AA’s the the 5V rail becomes 3.3V anyway. Therefore, you can ignore this solder jumper, it will disappear in the next generation of emonTx PCBs. However the pulse counting voltage selection jumper (pictured) above must be connected to either 3.3V/5V.

but your question about pulling up to 3V3 rather than 5V now raises some doubt as at rest the pullup to 5v must result in a >3V3 level?

Found a reference to the data pin being 3.9v when connected this way with pullup and power to 5v on the old forum (ref DS18B20 temperature sensing | Archived Forum)

Using a pull-up to 5V on a 3V3 MCU can be just fine if the MCU is designed for that. Some are rated for it and some have a design the will work okay. Since it is a pull-up, when the MCU input protection circuit goes active it will be able to lower the voltage without needing to disapate too much current.

I used to use 5V for the power pin and didn’t have problems. I now use 3V3, since the esp8266 is not rated for 5V on the input pins (there is some debate on this, but it isn’t clear that it is 5V tolerant). I have not had any more problems since I switched, so I don’t believe 5V is necessary if runs are short. The datasheet does recommend using 5V for both pull-up and power when you need maximum range, ie 100m or so.

Found a reference to the data pin being 3.9v

I think what you’re witnessing there is a battle between your 4K7 pull-up and the internal protection diodes. If you disconnected it from the input, I’d expect it to be at 5V. When the bus is idle (most of the time) there is no load on the data pin so it should be sitting at 5V (I’m excluding parasite mode here).

I’m pretty sure neither the ATmega328p nor the RPi have 5V tolerant input pins. You’re probably only putting about 0.3mA through the protection diode which is below the 1mA max Atmel specify (don’t know what the RPi specs are). But those diodes are primarily intended for ESD protection, not as voltage clamps.

I’ve been doing some extreme OneWire tests lately, and was all set to post in here … “don’t be shy about making your pull-up much stronger”. You’ll see plenty of Maxim stuff using 1K pull-ups for good bus reliability. The only limiting factor there is the amount of current the ds18b20 can sink when it’s trying to hold a ‘0’; to stay within that spec you can go to about 910R with 3.3V and 1K3 with 5V. Had I offered that advice in this thread and someone followed it, I reckon they would have blown their inputs. The only thing protecting those 3.3V inputs from the 5V you’re feeding them is the current limiting provided by that 4K7 pull-up.

I’m pretty sure neither the ATmega328p nor the RPi have 5V tolerant input pins.

Are the SPI pins 5V tolerant?

From the post at the link above:
ALL the Pi GPIO are 3V3. NONE of them are tolerant of voltages outside the range 0 to 3.3V.

With the ATMega328, it depends on Vcc

I want to connect a 433MHz RF receiver running at 5V to an Arduino running at 3.3V, or do I have to build a resistor / diode clamp. Some (PIC) MCUs have 5V tolerant input pins but I'm new to AVR & Arduino's. Bonus question, are any inputs... 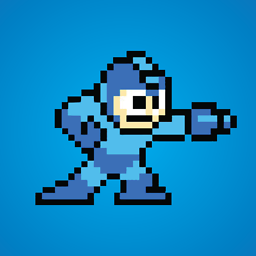 In my experience, particularly true if it was built in Solihull. @Robert.Wall you’re from that nick of the woods aren’t you? Duck around there and sort ‘em out would ya’ please.

I don’t have any contacts there now. There was a time when I could look up the IEE list of members, but I’m not the local Hon.Sec any more.

FWIW, I’m not a hardware person but a link I posted in another thread - emonTx screw terminal block - might be relevant to the discussion of pullups here. See the post by albundy in DS18B20 Max Distance - Raspberry Pi Forums

Also, I remember seeing somewhere the suggestion that the best way to wire using Cat-5 is to use one pair for earth and data and another pair for earth and power. So earth is on two lines. Not sure how that compares against the strict 3-wire approach suggested above.

I looked at the datasheet. It appears that the DS18*20 has absolute voltage levels for low and high. This means it should be no problem to use 5V on VDD and 3V3 for the pull-up. Using 5V for the pull-up with an MCU that is NOT 5V tolerant would be a not very good idea, but would probably work.

I have a DS18B20 that is on a reasonably long line, about 15m. It works great as long as the VDD line is properly connected to either 3V3 or 5V. If the VDD line is disconnected, the sensor still works, but reads 85C.

85°C means it hasn’t worked. That is the value that is loaded into the register at power-up, and when you read that value, it means that the measurement and conversion of the temperature hasn’t taken place, or hasn’t completed - that is, if you try to read the temperature too soon after commanding it to convert the temperature.

I suspect what’s happened in that case is the device has fallen back to parasite mode (getting its power off the data line), and that probably fell away during the conversion when it draws it’s max current, and the device resets as a result. By then it’s a brand new day from the device’s point of view… what conversion? So when the “result” is read, you get the power-up value because the device has indeed just powered up.