Have tried setting up SIgnal Widget, but without luck.
There is no signal on the icon, but may it add some settings to this widget before it will work?

Below I show the value of RSSI as a Feed Value, and Signal Widget next to it.?

Thanks Mark
A virtual feed that add 100 to the value solve the problem, and now the signal widget works perfectly

RSSI is typically a ngative number. But dB, as used in this context, is a number
referenced to 1 milliwatt (0 dBm) i.e. it represents a ratio, and as such, can be either negative or positive.

While a negative number in the widget might seem odd, it would actually be correct.

That’s not to say the number can’t be positive, as the likelihood of a received signal being that strong is very low unless the transmitter and receiver are physicaly located very close to each other.

That would not give you the correct value

Multiply the value by -1 to achieve the correct reading

That would not give you the correct value

But it would give a reading that moved in the correct direction, a bigger negative number is a poorer signal, a smaller negative, or bigger positive, signal is a better signal. To amplify (in decibel terms) you add a constant. So doing as Sune did amplified the signal, which I think is the correct approach.

@Bielefeldt
You might actually need a constant bigger than 100, because I think I’ve seen logs with an RSSI - of what I suspect is actually noise pickup - below -100dB. The RFM69CW data sheet has the range going from 0 down to -115 dBm.

It looks more realistic with 115 than with the factor 100.

Thank you for your input. 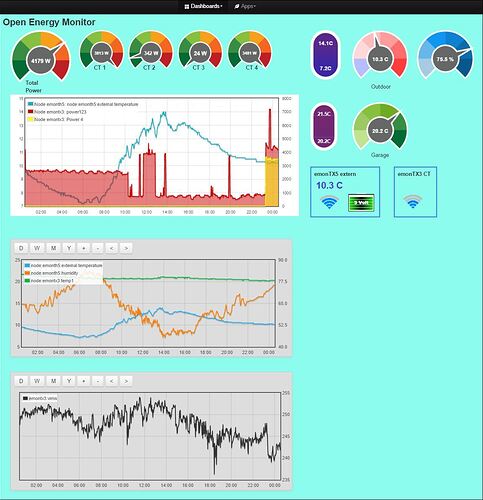 Typically you can not get dBm to 0. Generally, -30 is the maximum but considered over powered. It’s like screaming in one’s ear. 100% signal is considered around -50 dBm. If stronger than -45 you should be reducing power output. But in reality, anything -66 and stronger is considered “100%” signal strength as there should not be any, or very little data loss. -67 to -70 is considered good signal strength, -71 to -80, not so great. Anything weaker than -80 is poor.