I hope this is the correct place to post this. If not, I will move/delete the post.

I have recently bought a Raspberry Pi and a few DS18B20 sensors. I want to monitor their values via Domoticz (which will be running on the Pi).

I should note that I have no background in electronics, so for now I will rely heavily on tutorials and examples available online.

I also want to add energy monitoring to my Domoticz system. I’m okay with assuming a constant voltage, lets say 230 V. I have Googled and came upon the SCT-013 sensors.

The question is how to get the values from the sensor to the Pi. The sensor will not be near the Pi, by the way.

I now have the following options I can think of and would like your help deciding which to use in the end:

I would like for the chosen option to be as cheap as possible.

I would prefer that the values be sent to the Pi wirelessly, since one of the DS18B20’s will be maybe about 1 meter from there (fish tank). I can also maybe add a room temp+humidity sensor and then send all three values together using the same device? 3 birds with one stone.

From what I’ve found Googling, it seems that if I use an Arduino/ESP8266, I might have to use an ADC, especially if using ESP. 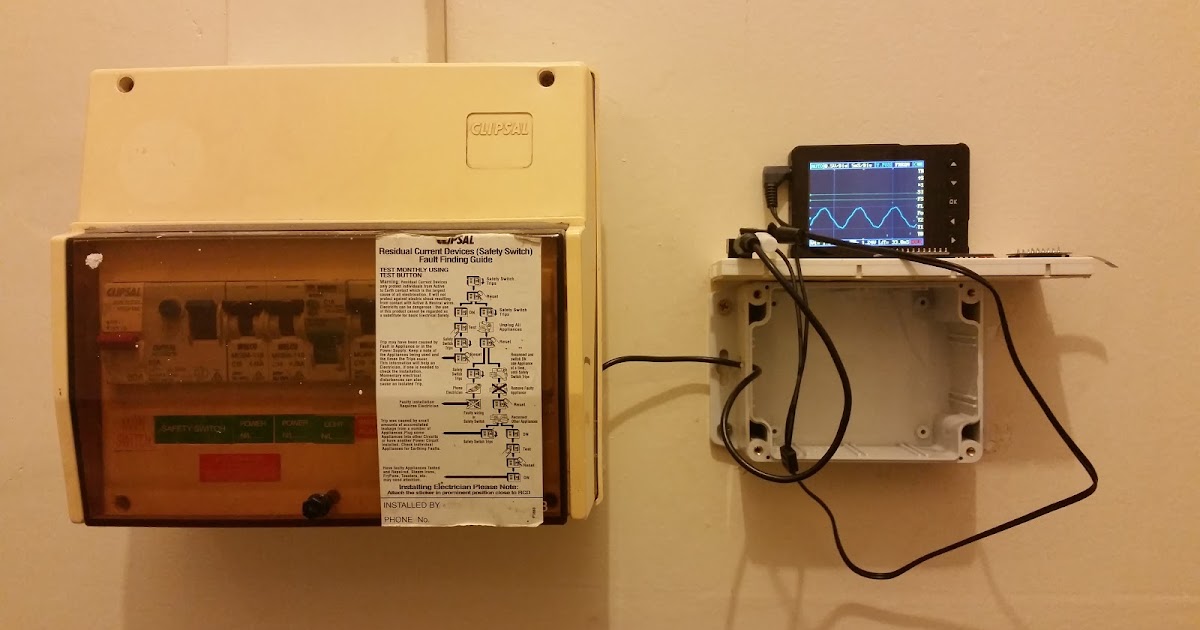 After a spate of high electricity bills and trying to save energy by turning things off randomly I decided to do it the proper and scien...

A lot of the information in them are the same, but there are some differences.

From that, I gather that I need two 10kΩ resistors (though in the last tutorial, there is not…)
I also need a 10 μF capacitor (always)

Then, the burden resistor will depend on what I choose to use in the end.

I do not know what the tolerance (that is the ±, right) on the resistor should be. Same goes for wattage

According to the ESP8266 data sheet, it contains an ADC, whose input pin accepts a voltage in the range 0 - 1 V. Therefore, if you’re measuring the voltage across the CT’s burden, you need to set the quiescent voltage bias to 0.5 V, and the peak to peak swing of the burden resistor voltage must never exceed 1 V (and in practice the design target should be about 5 - 10% less to allow for component tolerances etc). The why and wherefore of this is in Building Blocks - but the detail won’t fit your usage case.
You won’t be able to use two equal resistors to set the midpoint voltage because, unlike the Atmel device we use, the ADC input does not cover the whole range of the supply voltage (e.g. the emonTx runs on 3.3 V, therefore our input quiescent voltage is 1.65 V - if your supply is say 3.3 V also, you would need your resistors to be in the ratio 0.5 : 2.8, as that is the ratio of the voltages across each, so perhaps 10 kΩ and 56 kΩ would be suitable in that case).
The purpose of the burden resistor is to turn the output of the CT, which is a current, into a voltage. The closer the tolerance of your burden resistor, the more accurate that will be. We normally use 1% resistors as they are not significantly more costly than 5% or 10% types. The maximum dissipation, therefore the minimum power rating of the resistor, will be the rms current in it - the CT secondary current - at the maximum current you want to measure, multiplied by the voltage across it, which we know won’t exceed 0.354 V.
You’ll need to write, or find, software to read the ADC output many times each mains cycle and convert that into a meaningful current or power to transmit to your Pi.

As you’re looking for the cheapest, the ESP8266 is possibly that as with an Arduino, you need to add a radio module at one end, possibly at both ends, of the link, and if you use a piggy-back ADC module on your Pi, you will have a wired connection which you say you don’t want.

After a lot of reading and thinking, this is what I came up with:

Using a 5% safety adjustment on the voltage gives:

I can still use two 18Ω±1% resistors (or another combination)

As with the last writeup, I will be using the ADS1115’s differential mode to simplify the circuit and do away with the bias resistors.

Do you agree with what I did? Do you have any suggestions?

Two points regarding that:

If you have a 3.3 V supply, you should aim for slightly less that 3.3 V peak-peak swing across the burden, to allow for tolerances in the CT and burden as well as in your supply. I aim for 1.1 V rms - allowing 6% in total, so with your chosen CT (which has a 3% tolerance anyway) 36 Ω is just about right.

Regarding the biasing, I will point the writer of that blog post here - he suggested to not use biasing.

I guess I should then use biasing, but that will depend on which ADS I use?

Which ADC you use is a decision for you to make. As with most engineering, you have to make a judgement and in this case balance speed against precision. I have not compared the data sheets in detail, but apart from speed and resolution, the two look broadly similar. Certainly, you’ll still need the input bias.

I will point the writer of that blog post here - he suggested to not use biasing.

Hahahah LOL at your XKCD!

Thanks. As far as I read, that is the basic difference between them, yes.

I will try to see if I can get information regarding using both ADCs with an SCT-013 sensor. Maybe from that I can decide.
Because at this stage I have no idea how perfect my sine wave is… For me it’s just picking at random now, so I’ll try to see what other people found

If mostly you have ‘well-behaved’ loads like heaters, then the shape of your current wave should not be a problem. But if you have many switched-mode supplies - computer, digital TV, etc, and these together are the main load on your supply, then it is possible that your current wave will be badly distorted. There are pictures over on the old forums. In that case, the more measuring points that you have in each cycle, the more accurate your rms calculation will be.

I will then go for the 1015, which will be an improvement over the ESP own ADC in any case

But the other way round from Adafruit (US).

The cost of the ADS’s is dependent on the production volumes. 1015 is produced less. Another interesting differential is between the cost of the IC’s and the pre-made boards. The ADS1115 costs $9-10 for me in single volumes and the breakout is $6.

The ADS uses switched capacitor based conversion and can take floating negative voltages in differential mode. It also has an internal reference. I performed a test by placing my multimeter in diode test mode and got -0.7 , + 0.7 readings via the ADC in differential mode without a resistor ladder to apply bias. Good luck with the design.

Also consider dedicated energy monitor DSP’s such as the ATM90E26, which are much cheaper than the ADS ($2).

The problem with many of the dedicated energy-monitoring devices is that they require a galvanic connection to the supply, which means that they are unsafe except in skilled hands and when the proper precautions for safety and isolation are observed.

This is why all OEM designs use approved and certified isolating transformers for both current and voltage inputs. You should not balance price against the safety of yourself and those around you.

The problem with many of the dedicated energy-monitoring devices is that they require a galvanic connection to the supply,

None of the ones I’ve experimented with do. They all support (almost assume) CTs on the current side and leave it to the meter designer to decide how to deliver the voltage signal. I’m not familiar with the Atmel devices that Tisham referenced, but a quick check reveals: