I am curious how the post process modules were coming along for the emonPi. I found these posts in the old forum [1] and [2] but I didn’t locate anything more current.

I see it is installed to the emonPi image and accessible via http://emonpi/emoncms/postprocess but I do not know anymore than whats written in the readme at the postprocessing Modules repo… 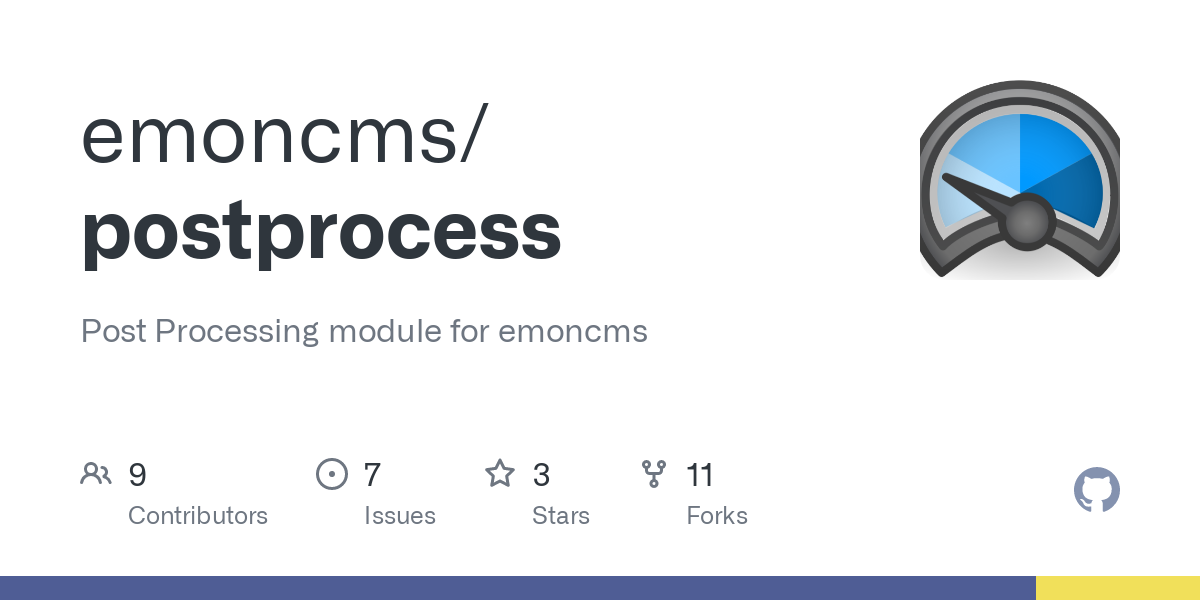 Nice! You found way more than I did! It looks like post processes can be created. I’m not sure if I dare click the Run Process without doing a backup first. 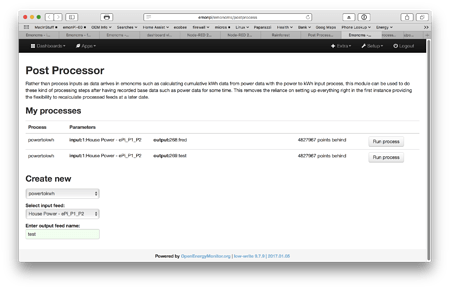 I didn’t even venture that far!

I’m not sure if anything would happen if you “Run process” without starting the postprocess.php script from the command line too? the guide in the readme says

Run the background script with:

But I wouldn’t recommend you proceed without a backup, this is uncharted waters!!!

Even though I did not click the Run process button the two items I created appeared in the Feeds list.

only thing I can see as a ‘danger’ is load on cpu. Maybe dig the code and see if it uses throttling in case of load going over x ?

Well observed. Yes, while not fully complete, this module does work.
Once you create the processes in the interface emoncms/postprocess,
the next step is to SSH into the pi and run the postprocess script:

The next step would be to have this script run automatically as a systemd service.

There is no throttling, so it will push the pi pretty hard until complete.

What is the news on Post Processing? It was moving fast forward about a year ago and then came to a sudden halt. What happened?!?

Ooooh, this is EXACTLY what I’m looking for when I move hardware, getting the old data in is easy, it’s the processing of it that is difficult with over 3 years in the fly.

This way I can get the feeds in and and then grunt through the work one night.

Time to fire up a virtual PC to test this…

Hello @Jon I was planning on making it available on emoncms.org and I was almost there but given that it results in fairly large processing loads I wanted to ensure I could monitor and keep an eye on additional disk use resulting from the module. That needs more work alongside more general user resource use demands on emoncms.org. I have been using it to convert specific feeds on request on emoncms.org over the last year however without issue. The module is there at emoncms.org/postprocess but Im currently running the process script manually while keeping an eye on server resources while I do so. Im probably being too careful as it doesnt really make a big impact but I have to be really careful with emoncms.org.

Im not ready to release this module yet as a OpenEnergyMonitor supported module but you’re welcome to use it if you want to take the risk and treat it as a module in development.