I just did an update which jumped me up by 3 versions.

I created a new dashboard and hit the edit button, this is what I get: 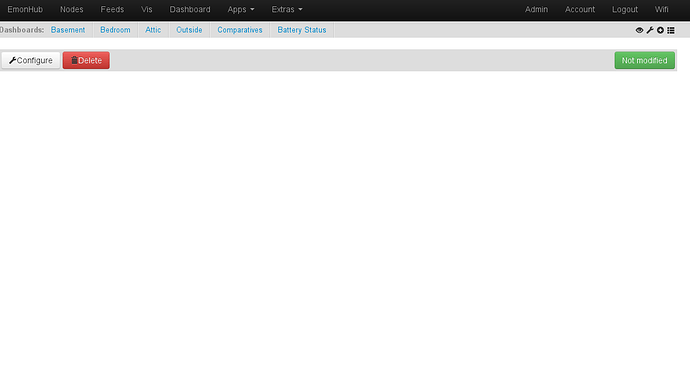 Am I missing something here? I thought I could add grid objects and such on these screens. For the life of me, I can’t seem to figure out how to edit the layout.

I’m currently using HTTPS and I remember having to change something in Apache to get dashboards to work properly (they were sending over HTTP even though url was HTTPS and getting blocked by browser for security reasons or something like that?), but I don’t think a version update of EmonCMS would have undone anything since I believe that was an Apache configuration problem.

Dashboards seem to work, but the Dashboard layout builder doesn’t.

Editing an existing dashboard, web server returns status “200” for every request but I don’t see the grid to place objects, am I missing something obvious?

A few months ago, I switched from SSL to TLS certificates, which required a lot of Apache configuration changes, but I don’t think that would have had anything to do with it?

These are the browser warnings I am getting:

"Your connection to the site is not private because the site loaded an insecure script. "

“Certificate is valid. Your connection to this site is using a valid, trusted certificate”

“X Active Mixed Content You have recently allowed insecure content (such as scripts or iframes) to run on this site.”

“This site is insecure (Broken HTTPS)”

Of course, this is my local instance of EmonCMS running on my emonbase and not the internet/public one.

The only thing is that I think it might be related to this where I had to comment out SSLOptions in the Apache configuration since that’s what every guide on the Internet says to do when changing from SSL certs to TLS certs.

So I saw the dashboards got split out so I moved the old dashboards folder out of the way and brought in the Dashboards module.

Then I did the database update, logged out/back in. Same problem with a new background.

Ok, so this morning I wake up and inexplicable it’s working on at least one of my PCs. 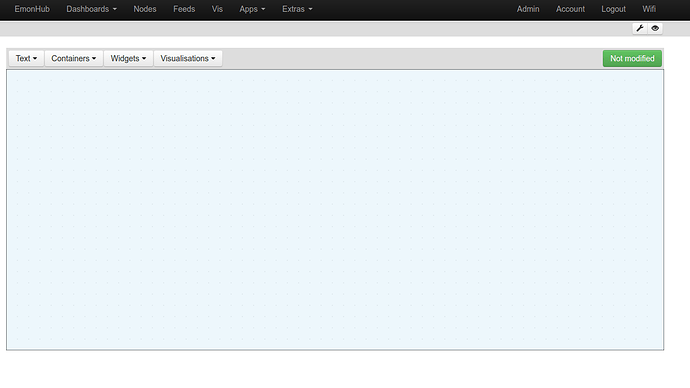 I have just experienced the same issue.

It is to do with the new user defined grid size being added. The dashboard database table needed to be updated which you did do towards the end of your debugging, but perhaps the test you did immediately after was a cached page and the next day you got a full refresh when you revisited.

Yes, it caught me out too whilst testing! (@mattjgalloway pointed it out)
Got me thinking that maybe we should have a flag which developers can reset whenever a db update is required following code update, to either trigger an update or place a message to advise an update.
We already have such a flag to indicate if the settings.php config requires updating, but not for the database.
The db update script already exists.
Of course this does not apply to emonpi users, as the update script automatically updates the database (whether its needed or not!). 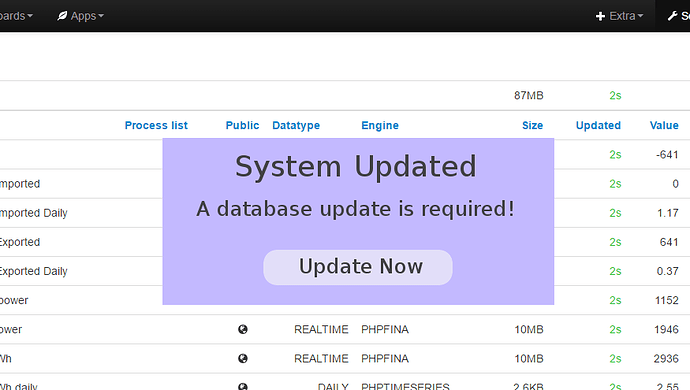 Yes, I did the database update, probably a cached page.

Is there any way to get at some of my “Vis” objects/ They are working on other dashboards but I can’t seem to be able to add them to the new dashboards using the latest Dashboard module. 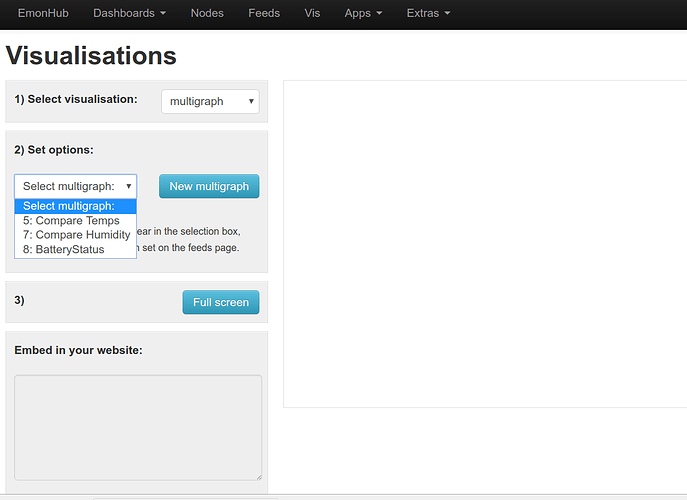