We’ve been having fantastic weather in Northern Ireland for the past few days but my MySolar app is showing a mystery “drop off” in PV output at around 5pm each day so far this month which then miraculously recovers a while later. This is not evidenced by the inverter, only the EmonPi. Any suggestions as to why it’s happening? 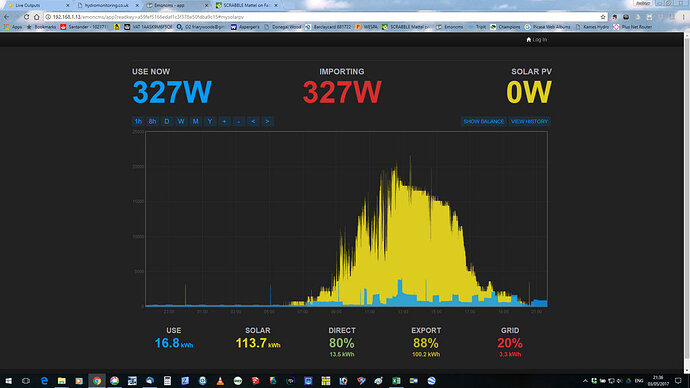 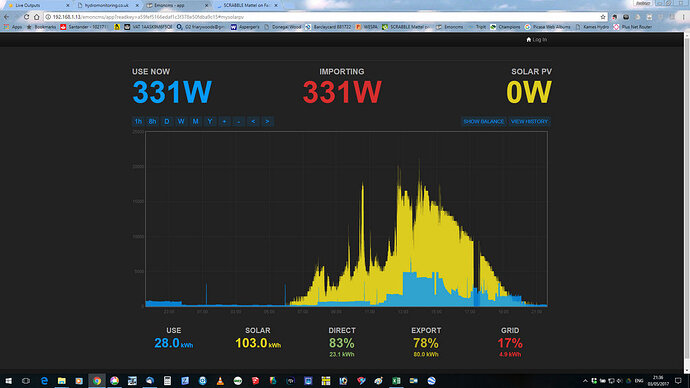 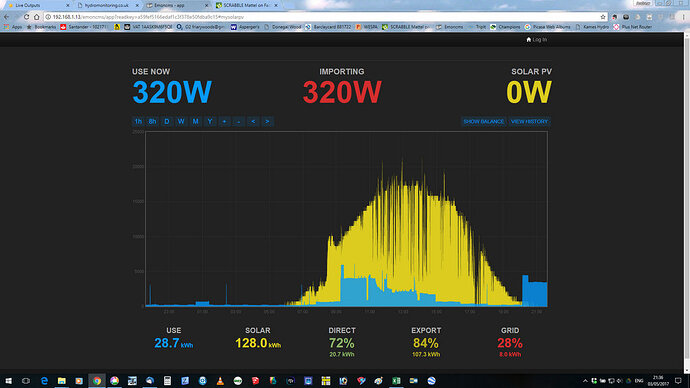 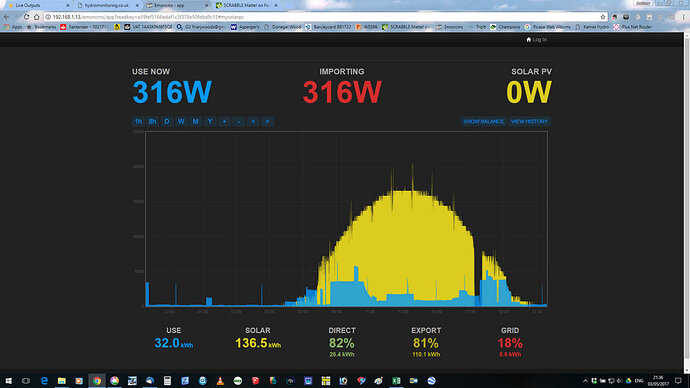 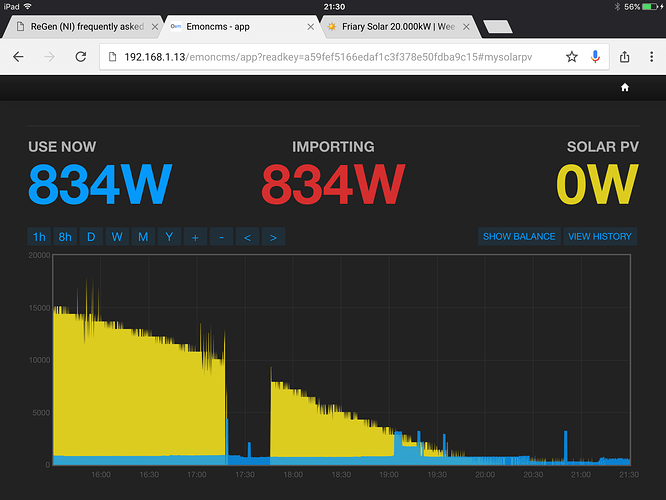 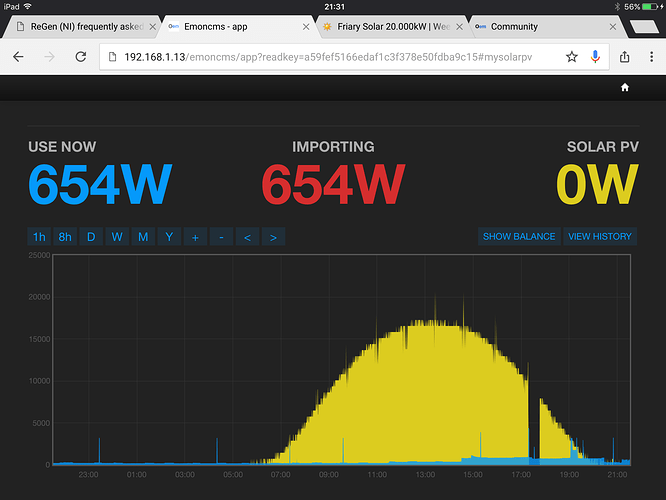 Hi Andrew, Does the “solar” and “use” data come from the same source? (ie the emonPi).

Do you log the AC voltage? Can you check if the voltage was at it’s highest for the day around the time of the cut-outs?

I have seen something with the exactly the same characteristics at one of the sites I monitor, initially we thought it was heat causing the inverter to cut-out, i eventually worked out it was the line voltage exceeding 255.6 volts which caused an over-voltage condition in the inverter, so it would shutdown, on some days when the line voltage was only marginally higher, the inverter would cut in and out resulting in the pattern you see in your 3rd screenshot (May 2nd) but most of the time the cut-out were clear as seen in your other pics.

Oddly this never displayed in the results provided by the inverter either but I was able to find historical fault-codes logged that matched the outages I recorded.

Possibly even odder (certainly didn’t help when debugging) this only occurred Monday to Friday, undoubtedly linked to grid load and the working week, which result in higher recorded line voltages on weekdays.

On the advice of the inverter suppler the client contacted the DNO who apparently “turned the volume down a click or two” at the sub-station and all has been good since.

Thanks very much for your reply Paul.
The “use” and “solar” are from the same Emonpi source, yes.
I have attached screenshots showing my SolarLog data which is recorded directly from the RS485 terminal on the inverter. As you can see no faults have been logged at that time and the output shows no drop at around 5-6pm. 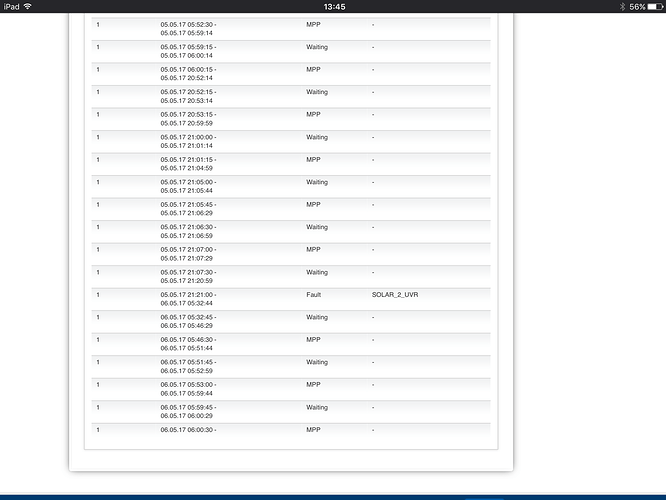 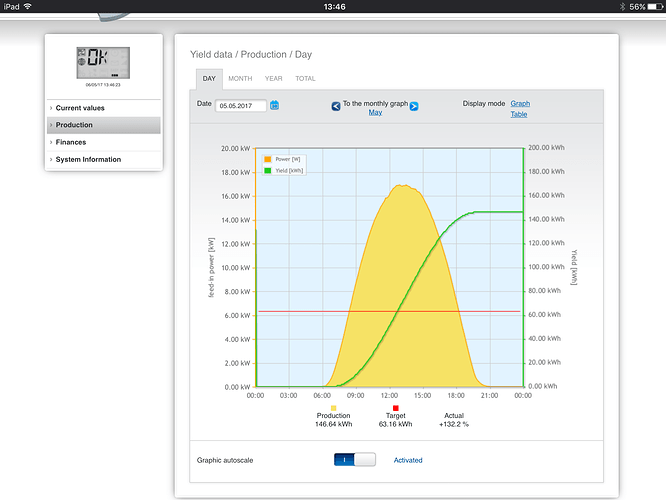 I do log the voltage however I have to treat it with caution as the system is 3 phase and the voltage sensor is obviously only monitoring one phase - it’s actually different from the one the main loads are connected to (house and garage) so my usage kWh figures are imprecise and will be until I get a 13A socket on this phase fiited beside my Emonpi. In any case the voltage log shows no excessive values (screen shot below). 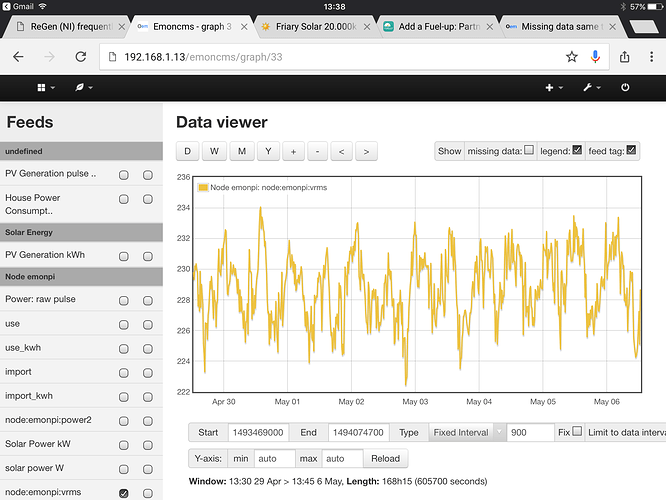 I will try to take some readings from my ROCs generation meter (I am in Northern Ireland) to see that the there is definitely a discrepancy between the daily outputs recorded in Emoncms and the actual number of kWhs generated.
I already know there is a built in inaccuracy in the inverter recorded output as it under-records daily outputs as compared to the generation meter - I apply a correction factor in the SolarLog to account for this.
Andrew

Coincidentally the site I refer to is also 3phase and has 3phase PV too (it’s a school). The over-voltages were only ever present on one phase (L3 in this case). Since it happens at a regular time are you able to be there at the inverter when it happens? In my case the inverter data did not show any signs of reduced output in it’s own display, but when I eventually visited the site to debug, the inverter was indicating a fault condition during the outages and generating a code that could be retrieved via the front panel.

If you can access the inverters full data capture is there any data for the 3x Vac’s?

Are you OK using a multimeter on mains voltages? could you check each phase voltage (or specifically the one(s) your PV is on) during a “cut-out”?

Alternatively can you provide the emonHub.log for a period surrounding a “cut-out” so we can confirm the source data?

Is the PV CT(s) located purely on the inverter circuit? Is the misses putting the hot-tub on at the same time every day and using the power before it hits the CT possibly?

Do you have an emonTx as well, or do you have only an emonPi?

Hi Robert. I just have an Emonpi.

That my contribution shot down then! If you have an emonTx, the power from the a.c. adapter might not have been enough when the voltage was down to 223 V or so. But it can’t be that, the emonPi has a 5 V USB supply that (I’m guessing, but best if you check) should be good down to 100 V.

Paul,
I’ll see if I can access the inverter’s data for the 3 Vacs.
I should be able to be around today at the right time to see what’s happening at the inverter when the power appears to drop according to Emoncms.
I’m not sure if I can check the voltages as you say but I will see what I can do.
The PV output is not being sensed by a CT as it is 3 phase - I use an optical sensor on the generation meter. Of course the first thing to look at when I check it out during the “down” time is whether the LEDs are flashing on the meter and on the sensor.
I’ll report back this evening!

Of course the first thing to look at when I check it out during the “down” time is whether the LEDs are flashing on the meter and on the sensor.

Another thing to check is whether on bright sunny days, at that time of day, the pulse sensor is in the path of a bright light as in the sun coming in-line with a window (or even a gap around the garage door) casting light on the sensor making it harder to distinguish the pulse. Perhaps try taping a little cover or curtain of some description over the sensor to prove a point. 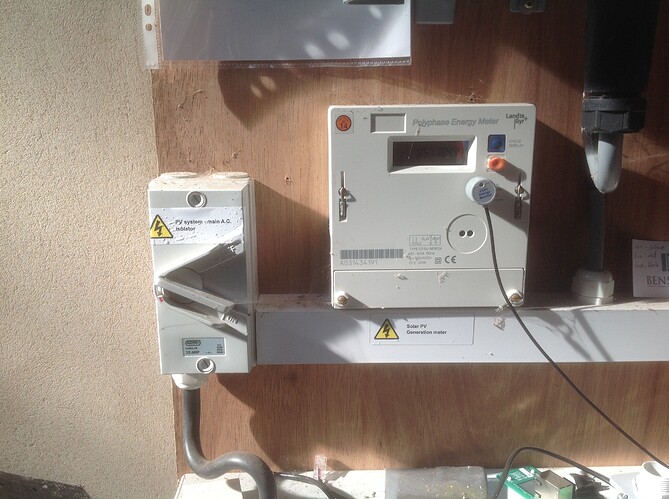 Paul,
I never would have guessed it be clearly right now the sun is slanting down through the rooflight in my shed and hitting the optical sensor side on.
It hasn’t stopped the pulses from being sensed yet today but I am watching and waiting.
I’m pretty sure this solves my problem and I will be constructing a small sun shade!
Andrew 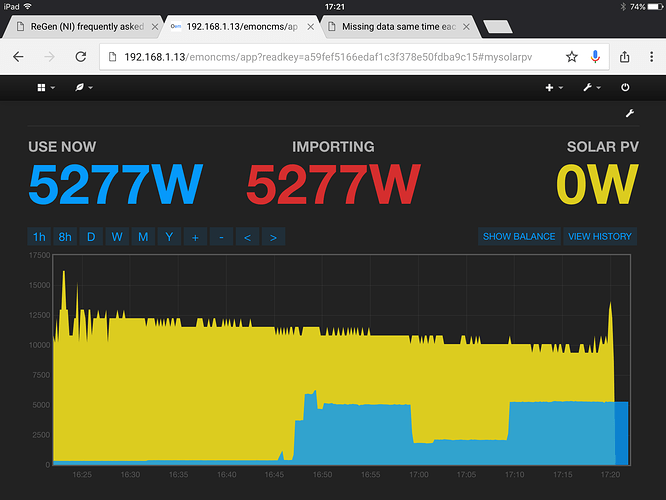 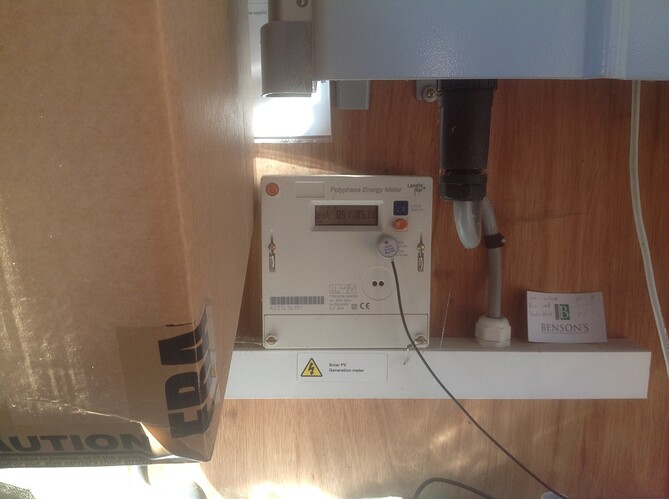 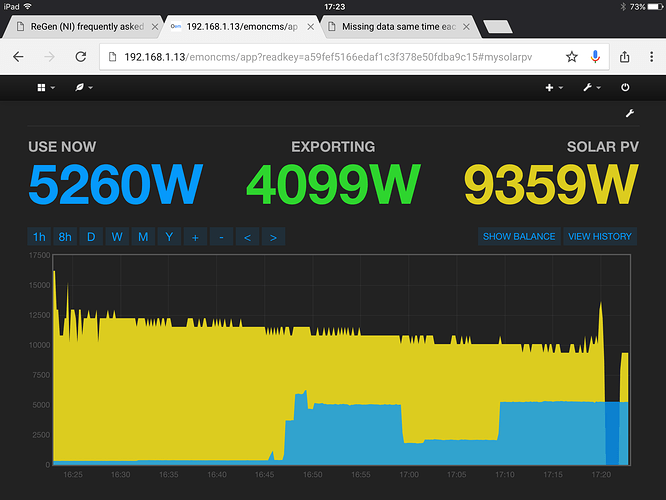 A little Blu-tac or Plasticine ring around the base of the sensor to seal out the light might do the trick.

I’ve taped a piece of cardboard across the side of the meter which will do the trick.
Thanks for your help!