Looking for help on what kit I'd need

Hi.
I’m looking for a solution to allow me to monitor self-consumption and live/historical usage vs solar generation.

Currently using Growatt Shinelink to monitor PV generation along with some manual uploads to PVOutput.

With the system being split across two inverters in locations remote of each other, what kit would I need? The main house system feeds down to consumer unit but garage inverter feeds back through the consumer unit through a circuit that also feeds garage electrics and Podpoint. I do have a wifi router with Cat5 ports in the garage on the home network.

Any idea what I would need to get up and running?

That sounds warning bells. We’ve had users of proprietary system like that left in the lurch when the provider has “updated” the prices, decided it isn’t profitable or gone out of business. I’m not saying that will happen, but it might.

Depending on how many feeds you want to measure independently, I think you’re looking at an emonPi and an emonTx, or an emonBase and two, possibly more, emonTx’s. As you’ve got Ethernet in both locations, anything in either location could use that (an emonTx can have an ESP8266 added to use Ethernet WiFi instead of its 433 MHz radio) to communicate with the emonPi/emonBase.

The emonPi can monitor two feeds, the emonTx four. Although the 4th input on the emonTx is a high sensitivity one, changing one component will make it the same as the other three, if that was a potential problem.

emonCMS running on your emonPi or emonBase should largely displace your commercial monitoring service.

Does that help? It’s hard to be more specific at this stage.

an emonTx can have an ESP8266 added to use Ethernet

Unless I’m mistaken, that would be Wi-Fi vice Ethernet with an 8266.
The 8266 does have an Ethernet controller, but additional hardware is required in order to use it. 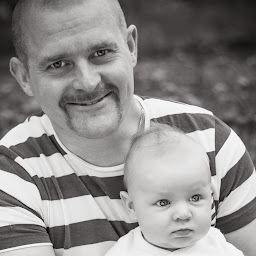 Yes, you’re right. The ol’ grey matter is giving up on me