Feeds moved to different node after changing from private to public, other broke

Had a stange thing happen - yesterday I changed some feeds from private to public. I did this by multi-selecting tick boxes accross several nodes (this is an exampe, not the actual feeds I edited):

After this, some of the feeds moved from their node to a different node and the feeds that already existed in that node are now broken: 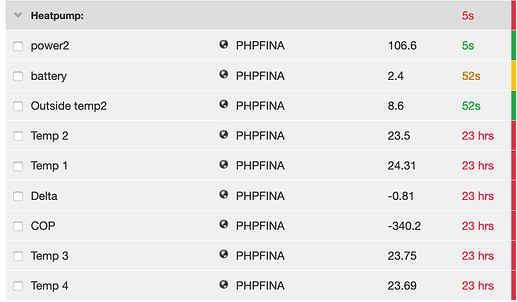 All the other feeds which are now not updating are the ones that are supposed to be there (node Heatpump).

When I look at the inputs page, the Heatpump inputs that I was using (4 x temp inputs) have all been duplicated and the originals are now not sending data: 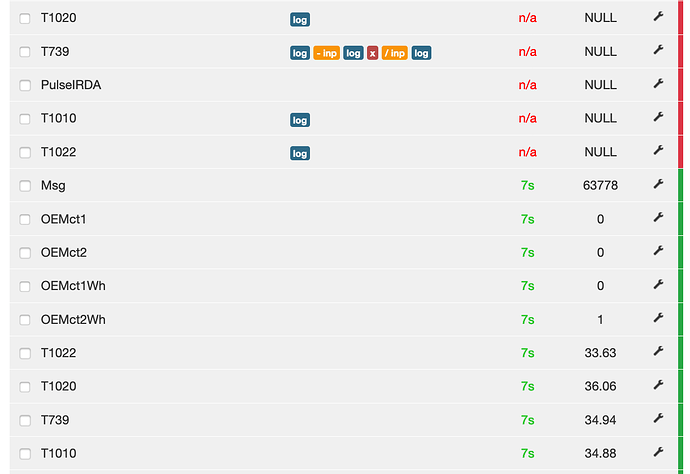 Is there a way I can restore evereything to how it should be??

Had a stange thing happen - yesterday I changed some feeds from private to public. I did this by multi-selecting tick boxes accross several nodes (this is an exampe, not the actual feeds I edited):

Yes sadly this does happen because you renamed all of the Nodes at the same time When you selected the Public checkbox). 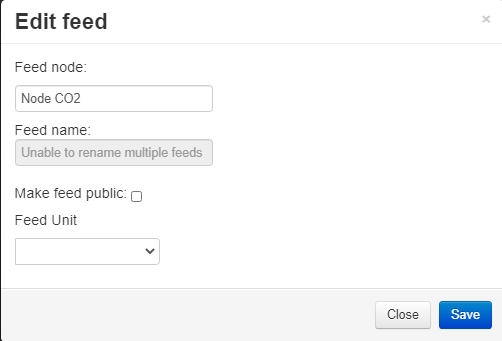 It does say it cannot rename multiple feeds, but there should be something to prevent this happening. @TrystanLea @emrys. You are not the first.

If the feed is still there, you can just select it and rename the node name. If the duplicate feed names mean one is gone, there may be nothing you can do.

On the inputs page, delete the new inputs and it may simply correct itself.

Do you have a backup you could restore to?

Thank you Brian - that was an easy fix, all working again!

Must admit because ‘feed name’ was grayed out and it let me do it, I assumed it was a valid operation.

Assumptions make an ass out of u and me and they are the mother of all foul ups!

As soon as you think, say, hear or read the word assume, set off the alarm bells.

Let me put it another way, it let me do it and it shouldn’t have

That’s a fair assumption. Alternatively of course, it meant the concept of “defensive programming” hadn’t been utilised.