Hi there for those who might be interested-
built a new energy diverter based on
EmonTX shield
https://openenergymonitor.com/emontx-arduino-shield-smt/
Wemos R3

the energy monitoring unit consist of emontx shield, wemos R3 and a RS485 shield
the RS485 shield consist of a power jack, RS485 and Ethernet port. the Ethernet port is designed to act as a POE for the RS485 slaves- it also will power the R3 base Emon. it will transmit data via MQTT if you install the optional esp firmware

the next is the RS485 display ( plus one SSR controller) it consist of an R2 , an RS485 module and ILI9341. it currently graphs the current Grid usage, solar production, wind production and Diverter usage . if the rs485 connection is lost it will disable the diversion, the reason I use the R2 over a simple UNO is because the R2 support 13mhz steps in the PWM and higher number of steps 1024 compared to 256) which is conducive to the way I adjust power levels.

the last module is the multi ssr modules. this module is meant for controlling multiple ssr in either cascading or in unison. the benifit of this is the cascading mode, for all intent and purpose there are only 120 possible steps to a SSR . so if you are firing on big element say 4000 watt that is and rough accuracy of 35 watt, which makes the error margin about 100watt. being able to control multiple SSR that are cascading. so say I used 8 ssr controlling 8- 500 watt diversion elements gives me an accuracy of 4 watts and an error margin of about 12 watts… or for **** and giggles 40 --100 watt light bulbs for an accuracy of 1 watt and a error margin of 3 watt 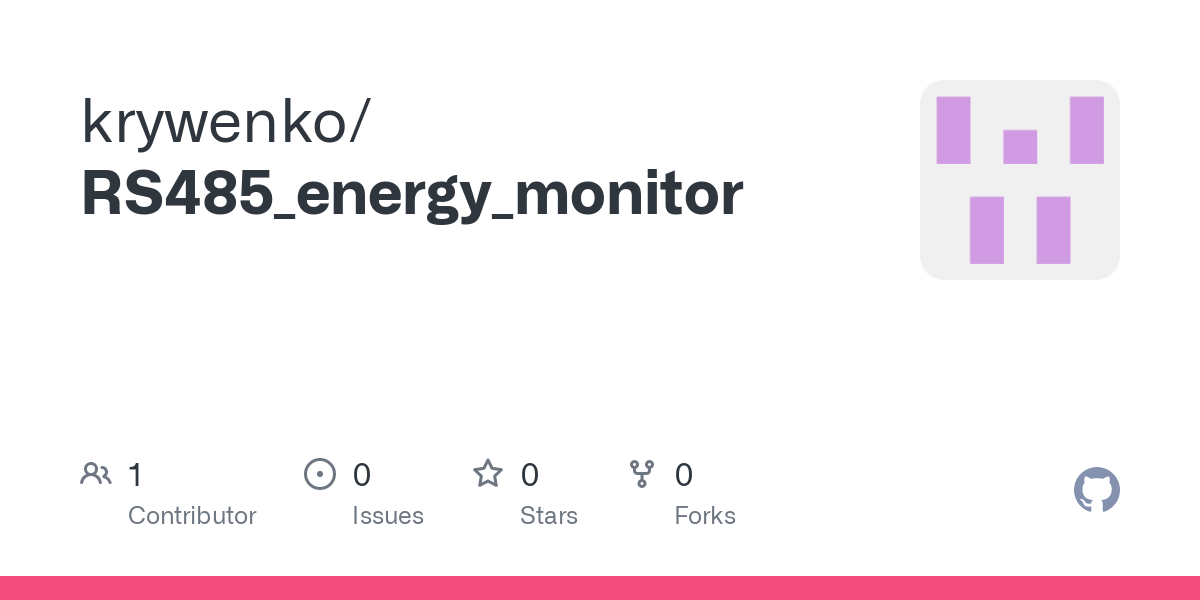 Contribute to krywenko/RS485_energy_monitor development by creating an account on GitHub.

UPDATED:
I added all the required libraries to the github repo for easier install and usage so you would not have to hunt around for them