Hello everyone, I’m new here (though have been running a classic arduino based EmonTX and EmonPi at home for three years now) so go easy on me.

Just before Christmas I saw the EmonGLCD in the shop and thought ‘Great, I’ll buy one after Christmas’. Now it’s been discontinued, I wondered if anyone had any ideas for an alternative or if anyone had made something similar using stock Arduino shields?

I find the idea of a simple standalone display really useful! I decline to have a ‘smart meter’ but would like a display sitting in my living room!

You could ask @glyn.hudson to publish the full B.o.M, then source all the components and have a p.c.b. made.

I don’t know the reason it’s been withdrawn, I suspect there are two main factors, the first is the cost of stocking and picking the parts to make up the kit, the second is it’s relatively easy to have a Raspberry Pi as an emonBase or an emonPi as you have, and use the mobile app or the desktop emonCMS to access a lot more data than the GLCD could ever display.

Another suggestion has been to pick up a second-hand Wi-Fi tablet to use in “kiosk mode” displaying emonCMS data.

@Robert.Wall I had thought of that… I found the PCB in a github repo somewhere so could have a shot at it. I wondered if anyone had done it with stock arduino shields to save the embuggerence of assembling a custom PCB!

Makes sense re tablet etc… I guess I just like custom hardware more than most!

I wondered if anyone had done it with stock arduino shields

Not that I can recollect - have you tried a search both here and the archived forum? (Search in the dark blue header does both.)

However, an Arduino and RFM module to receive from your emonTx, and a display that accepts serial input should be quite easy - but you would miss out on the icons.

The EmonGLCD was originally based on the GLCD by JeeLabs here, looks like they still have a kit The JeeLabs Shop - Graphics Board
I agree the EmonGLCD was a nice board!

@TrystanLea ah cool. This gives me something to work with. I’ll try getting one of those GLCD modules and try hacking something together!

Something interesting just landed in my inbox this morning. I think I’m going to have a bit of a play with this as an emonGLCD replacement… 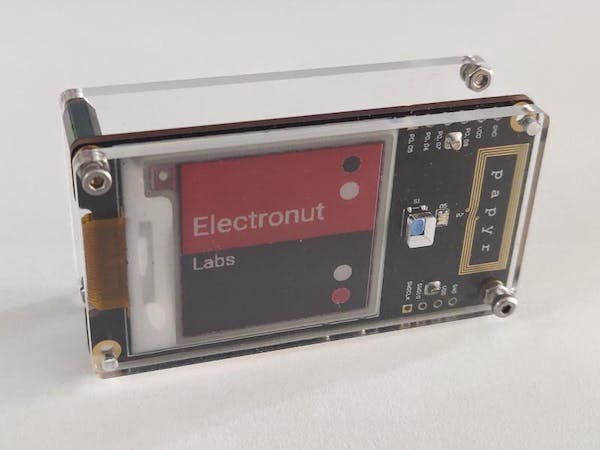