I want to configure ‘My Solar’ App in emoncms and I need USE, solar:P, use_kWh, solor_kWh, import_kWh, but I’m not sure how to configure it and what feeds I’m still missing or what feed I should make positive or negative.

The values above are all in kWh and are positive values. Of course there are corresponding P values (in W).

I think you need the following mapping for the My Solar App inputs you specified (assuming your Power feeds are named as per your Energy feeds but replacing ‘E’ with ‘P’):
Use → Ph
solar:P → Pp
use_kWh → Eh
solar_kWh → Ep

Thank you @Greebo. I probably still made a mistake. 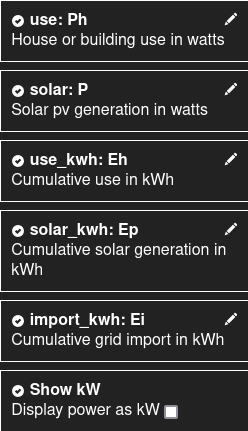 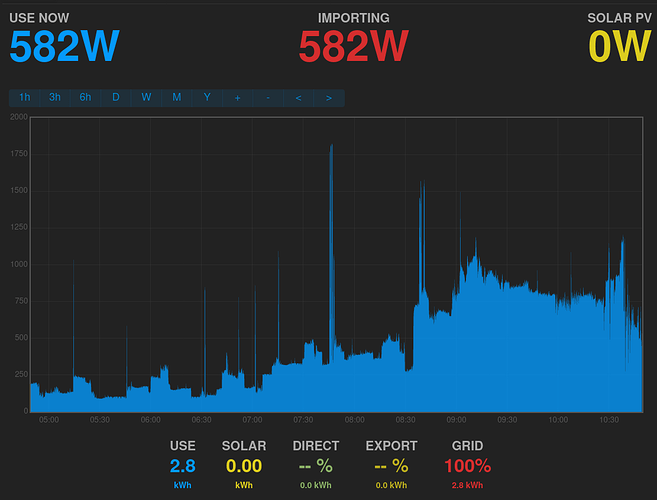 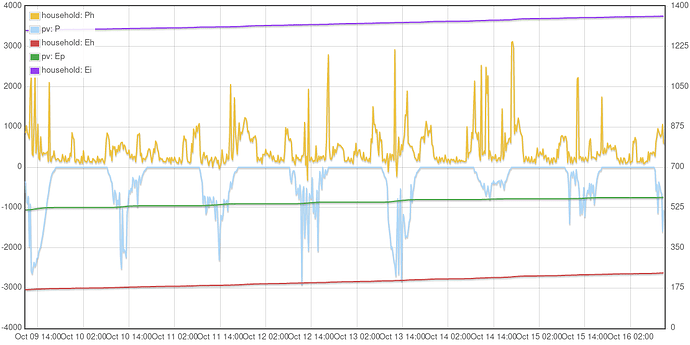 The App expects all of the values to be positive, with the exception of “import_kwh”, which is expected to be positive for Import and negative for Export.
All of the Energy values are cumulative over all time as well. 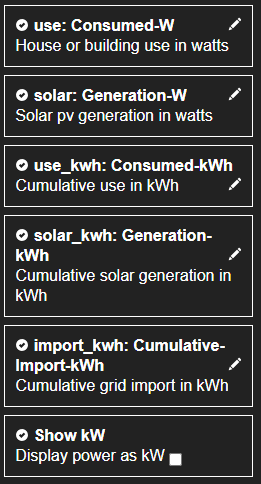 And here’s the equivalent graphs (excluding the Energy totals for Generation and Consumption): 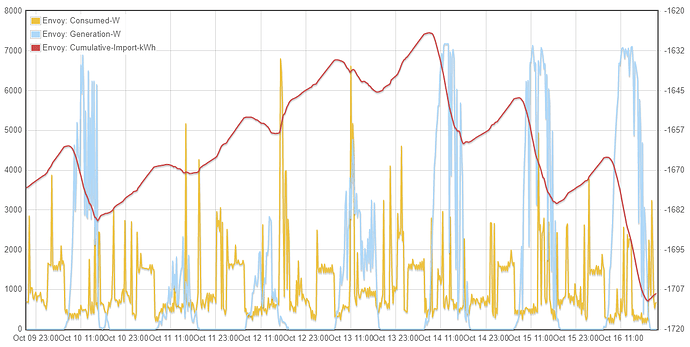 And the Generation and Consumption graphs:

The App expects all of the values to be positive, with the exception of “import_kwh”, which is expected to be positive for Import and negative for Export.

For my brains cumaltive-import-kWh (the red graph) could only go up. Suppose:

My personal conclusion would be that cumaltive-import-kWh is 1,5 kWh and not 0,5 kWh. And the grid was used for a total of 2,5 kWh. But apparently that is not how the app works…

I was just answering your question about what the App is expecting.

What you write is correct, but I think most of us here would say that number is not Grid Use. Maybe the overall energy transfer via the grid was 2.5 kWh, but that is only rarely a useful piece of information (the only time I think that might be useful would be in calculating the temperature rise of cables and switchgear). By our usual definition, Grid Use is the energy used in the house that was taken from the grid, in your example 1.5 kWh. Total use would be this 1.5 kWh plus the energy from your private generation that was not exported.