I want to delete a Feed and when I click on the garbage can I get this message: 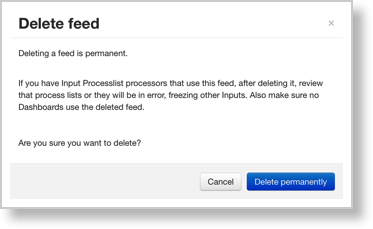 It is a great reminder!

In the old forum I remember Paul mentioning to change the name of the feed and so I prefix the almost deleted feed with TBD_ (e.g., TDB_FeedName). And then I go through most every Input, Virtual Feed and Dashboard trying to remember where I used the Feed. And I usually miss something!

Is there an easier way to determine where a feed is being used?

(besides deleting it and looking for errors)

“After deleting it” is easy - just look for the big red errors.

The message assumes the users knows it needs to be deleted.

…but surely the correct way to delete a feed is to delete the input process first, and then delete the feed, and thereby avoid the ‘big red errors’…

In this case I am keeping the Input. The bad Feed had “issues”. And I could not figure out how to fix or remove the issues. So I created a new feed (long time ago in mid-June) and now I am deleting the old. 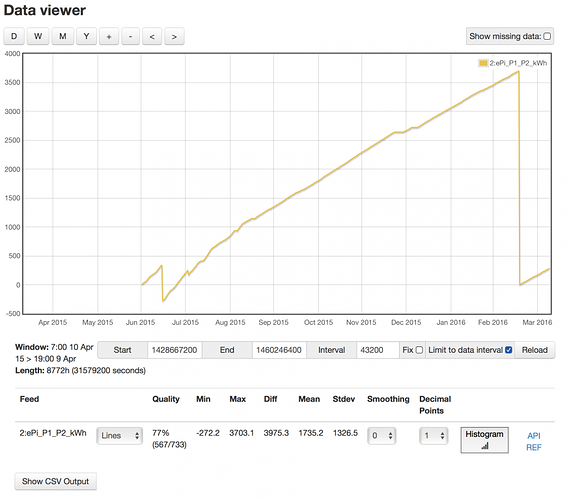 I think Paul meant remove the feed from the input processing, not get rid of the whole input.

The messages purpose is to inform the user that deleting a feed is terminal and checks should be made to be sure making an unrecoverable change is not going to cause an issue.

Making the irreversible change so as to make the errors stand out seems to undermine the point of any warnings.

My recommendation to change the name was make the feed obvious to spot, similar to having the red warning but without the error and with the option to change your mind.

I was hoping for some secret command line that would locate the feed locations automagically. The TBD_feedname or DELETE_DELETE_DELETE_feedname do work. But I almost always miss one! Thanks anyway!